“Cell Phone Girls” The Rise Of Canada’s Next Media Mogul

Aaliyah is not your average kid, in fact she is an author, producer and now video game creator. During the COVID – 19 Pandemic, the Sharpe family found themselves with an abundance of quality family time. When kids are struggling to adjust to life with physical distancing, Aaliyah is focused on saving the world and promoting positivity. 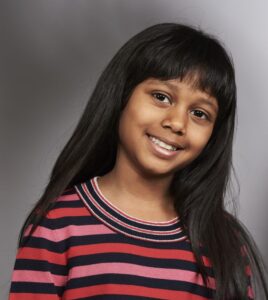 Cell Phone Girls is just the start of a series of books being penned by the young author. “The Hunt to Stop the Cookie Monsters” will be another highly anticipated release which will be something magical for kids all over the world.

Success for Aaliyah is within in her DNA and stems from a family of successful entrepreneurs. Her father Chris Sharpe has founded and produced several high profile shows and events, such as the Canadian Urban Television (CUT) and most recently the International Indigenous Hip Hop Awards Shows. Together with his wife Sonya, they are the founders of JamPaks Manitoba’s first Jamaican & Pakistani takeout restaurant. The perfect fusion of cultures which one can order Jamaican Jerk Chicken and Pakistani Butter Chicken from the same menue.

As we mentioned earlier, success is within Aaliayah’s DNA. The world is filled with many gifted and talented rising stars and future business leaders. Canada is proud to know Aaliayah Sharpe and her creation Cell Phone Girls, will act as an ambassador to creativity and imagination to millions of young boys and girls around the world.